I’ve been informed I’m in the Stanford list of world’s top 2% scientists. Wow!

In reality, I’m in the list that appears in a paper titled “Updated science-wide author databases of standardized citation indicators” published on Plos Biology on October 16, 2020 by three authors and the first author is affiliated with Stanford University.

Anyway it is a good news and I guess there is not better place to brag about this than in my not-so-active-anymore blog ;)

If you want to have a look at the complete list of scientists, check this copy of the (very long) excel file.

The non-tangible interface is ScratchJr, i.e. robots are programmed via the screen of a tablet.

They compare it with children in the age range 4-7 (average age of 5.86 years old!). Both groups had 14 children. The curriculum for both groups explored the same computational thinking concepts: sequencing, repeat loops, and conditionals.

From my personal subjective preferences, I would say that manipulating things with hands (tangible) is better than manipulating abstract things on a tablet screen. Montessori docet! ;)

“The Emerging Genre of Data Comics” is an article that was published in IEEE Computer Graphics and Applications, June 2017 but it is actually a comic. Cool!

Our paper “A Walk on the Child Side: Investigating Parents’ and
Children’s Experience and Perspective on Mobile
Technology for Outdoor Child Independent Mobility” was accepted at CHI 2019 and also got a Honourable Mention. Wow!

You can read the paper and download the pdf at the paper page. Enjoy!

Josh Lovejoy @jdlovejoy, in the first minutes of this video about human-centered machine learning, explains “artificial intelligence is really anything where there is an automated decision being made” and cites, as examples, a toaster and automatic doors. Yes, your toaster is AI! And then “what’s distinct about machine learning as a subset of AI is that decisions are learned”. As simple as that. Refreshening.

You might also want to check the very interesting articles from Google’s People + AI Research team.

Below two screenshots from the beginning of the video when Josh makes the case for toaster and automatic doors being examples of AI.

I’m reading the wonderful “Python Data Science Handbook” by Jake VanderPlas, a book written entirely as Jupyter notebooks! And got excited about matplotlib styles but XKCD “style” was missing so I modified a bit the code for rendering the different styles to include it. Below a small part of the gallery (XKCD style is the first line) which is generated by the jupyter notebook available as a gist on github and embedded below.

I love XKCD graphs, for example the following one, and you can create them with Python!!!

The new adventure I was mentioning few days ago is the Design Research Lab, a joint initiative of University of Trento, Confindustria, Art Institute Artigianelli and Bruno Kessler Foundation.

We are currently recruiting and now there are 3 open positions as research fellow in the Design Research Lab. The duration of the contract is for 12 months. The gross amount is 19.668 euros.
All the details are in the call.
The broad goals of the Design Research Lab (and the tasks of the research fellows) are to effectively promote in public and private organizations the culture of services and their design as levers of product creation and central factors of local development.

The deadline for applying is 12 April 2017 (hurry up!)
Feel free to ask me any question. We might end up working together ;) 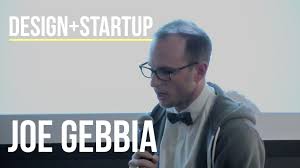 A paper of mine published in 2014 started with this simple (but interesting, I think) question ;)
As you might know, Wikipedia is not available only in English but there are almost 300 Wikipedias written in other languages.
So what we did? We computed the percentage of females and males among registered users on 289 language editions of Wikipedia.

The pdf of “Gender Gap In Wikipedia Editing: A Cross-Language Comparison” is available for you to read.
But I suggest you to try to answer to the following questions beforereading the answers (which are in the paper) so that you might play a bit with your stereotypes and prejudices about culture and women around in the world ;)

Note that, as written in the paper, of course languages do not map directly to countries. For example, Spanish Wikipedia is heavily edited from Spain but also Latin America and a similar point can be made from Arabic Wikipedia. India has many official languages Hindi, Bengali, Malayalam, Tamil, Marathi but also English. On the other hand, Italian Wikipedia or Catalan Wikipedia are much more “localized”.
Note also that in the paper we arbitrarily decided to consider only editions with at least 20.000 registered users since we computed percentages on registered users (a Wikipedia with 2 users setting their gender would have had percentages of 0%, 50% or 100% clearly not informative) and this filtering step reduced our sample to 76 Wikipedias with a large number of registered users (at least 20.000).
Note also that data refers to March 16, 2013 but we released the Python script as open source so you can re-run it if you are curious about the current situation. You can get the script on Github.

Ok, now you can go to read the paper “Gender Gap In Wikipedia Editing: A Cross-Language Comparison” to get the answers to the previous questions and hopefully be amazed! Enjoy! ;)